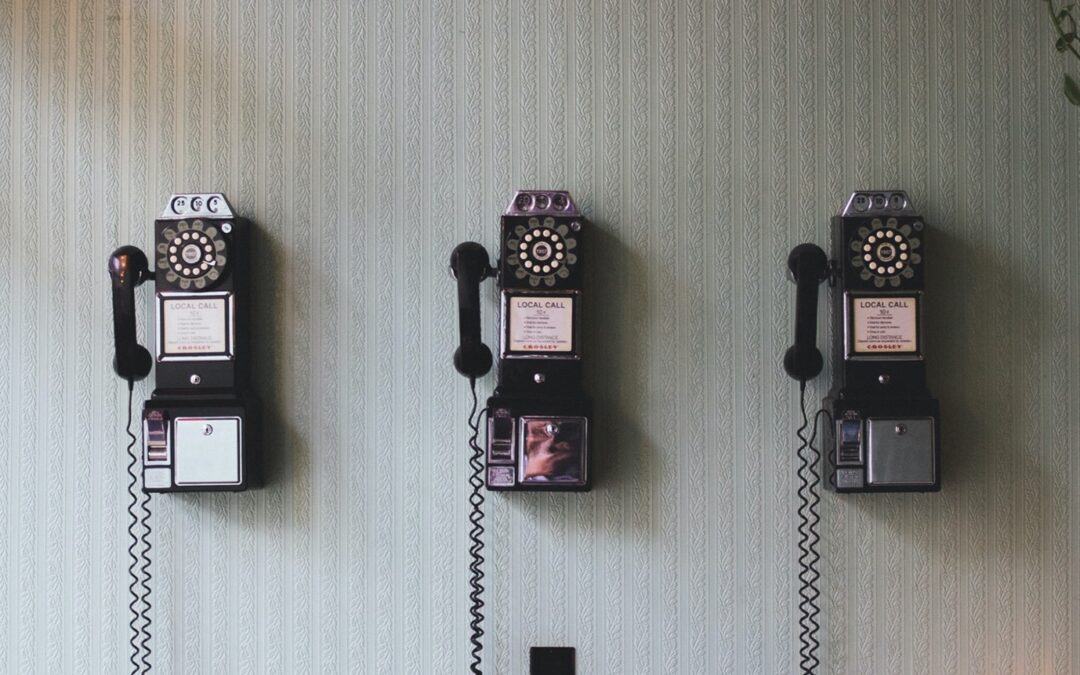 It was the early 2010s, the landline rang five times before going to voicemail. Being eight years old, I was told to never answer that landline phone because “you only get people trying to sell you things you don’t want” my mum used to say. On the off chance that I did answer the phone expecting to hear my late great aunt’s voice, seeing as she didn’t trust mobile phones or the internet, I was instead met with an automated, monotone voice trying to sell me insurance. Until recently, the term ‘call centre’ evoked thoughts of underpaid workers in sweatshops that were after your money. This was the perception I had of call centres. Being interested in management consultancy, I looked to FAB and their extensive consultancy work with contact centres. In my short time with Garry, it is clear to me that the industry has moved forward from offshore call centres to a customer focussed omnichannel centre. If you have ever had to call the bank, or emailed an insurance company, you have used a contact centre but how far have they come and where does the future lie for these important customer service hubs?

A delve into the contact centres’ history can reveal a trajectory of development that closely follows important technological breakthroughs. T 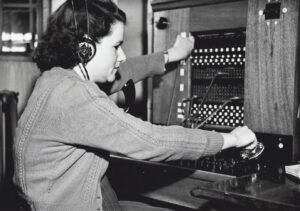 he invention of the telephone by Alexander Graham Bell in 1876, although self-evident, forms the basis of the modern contact centre. Likewise, the invention of the Automatic Call Distributor (ACD) is seen by many as the catalyst for the sudden rise in the number of call centres. The main role of these agents was to actively call potential customers to sell a product or service, what we know as cold calling. The automated, random nature of these calls caused much resentment towards them and led to the 1991 Telephone Consumer Act which restricted the amount of automation allowed. This was surprising to me as after less than 30 years since the inception of the call centre, laws had already been made to restrict them, was this to do with greed or a fundamental misunderstanding of customer service?

One of the reasons I looked to FAB Solutions for work experience was the very human-orientated solutions it provided. The idea of improving a contact centre through quotas, automation, and high customer turnover is at odds with the current focus on customer service, high people engagement and finding the right balance. This focus on human value balanced with the intelligent use of automation is the right way to go in the future.

When looking into the history of call centres I recognised a particular shift, one that I had noticed myself growing up. This was the move to offshore call centres and how this profit-led decision actually had drastic repercussions on the call centres’ reputation. As I have mentioned before, I remember the random calls and often the language barrier that made a conversation more difficult. This was reflected in a 2007 poll where only 4% of people had a positive experience with call centres and almost a third admitted to shouting and swearing at agents over the phone. The reasons for the disgruntled customers can be seen as a product of many different factors. Many customers have admitted to expecting a difficult experience before calling and the bad reputation of call centres in the media was hung off the argument that offshore call centres taking British jobs away. This negative perception of overseas call centres was grasped by NatWest and launched a campaign that guarantees customers will speak to people in “Barnsley or Cardiff, rather than Bombay or Calcutta”. What we can see from NatWest’s move back to Britain and the multitude of other companies doing the same was that the call centre was becoming more of a customer centre. And the centres reaped the rewards, with the new human-orientated approach people have begun to accept these call centres, now contact centres, as a force for good. On the side of the call centre industry, it was also important to distance themselves from their past image thus the call centre is now the contact centre.

Why is this move from the call centre to the contact centre more than just a name change? The definitions can be used interchangeably yet what it represents is an ideological and technolo 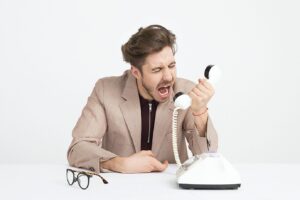 gical shift to provide the customer with a more holistic set of channels to funnel complaints and queries. For me, contact centre was a new term and encompasses much more than just cold calls leaving you guessing whether it was your technology-shy aunt or an automated voice selling insurance. Having grown up around computers and the internet, I cannot imagine a world without them! This technology shift, that pre-dates me, is part of the reason that the term call centre has become outdated. It is uniquely nostalgic in current times to imagine only using phones to communicate with firms as people these days are just as likely to use live chat and social media as phone calls. Rather than being a single-channel centre, the contact centre has become an omnichannel customer service hub. 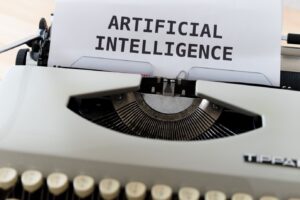 hen thinking about the future of these contact centres, my mind immediately turned to AI. Not the AI that will take over the world as theorised by Mr Musk! A more docile yet continually evolving technology is able to take menial tasks from agents such as form filling and allow the agents to spend more time on complicated human-to-human resolutions. At least for the foreseeable future, the human skillset will always be required, which will come as a relief to us mortals at contact centres! It would be foolish to assume that after only a few short decades of rapid change and development that the contact centre industry has reached its technological peak. Other, more obvious technological changes might include a higher proportion of video calls or virtual reality contact centres, something I would be excited to see gain traction. With Zuckerberg’s metaverse imagination who knows after a while whether we will be putting on VR goggles to call the utility company.

An Article Written for FAB Solutions by Kai Simpson

We use cookies on our website to give you the most relevant experience by remembering your preferences and repeat visits. By clicking “Accept”, you consent to the use of ALL the cookies. However you may visit Cookie Settings to provide a controlled consent.

This website uses cookies to improve your experience while you navigate through the website. Out of these, the cookies that are categorised as necessary are stored on your browser as they are essential for the working of the basic functionalities of the website. We also use third-party cookies that help us analyse and understand how you use this website. Such cookies will be stored on your browser but only upon procuring consent.

You will also have the option to opt-out of these cookies should you want to.
Necessary Always Enabled

These cookies are necessary to enable the basic features of this site to function. The cookies do not collect or store any personal data.

These cookies allow us to analyse your use of the site to evaluate and improve our performance. They may also be used to provide a better customer experience on this site.

We use such cookies to remember your most recent searches, your previous interactions with an advertiser’s ads or search results, and your visits to an advertiser’s website.